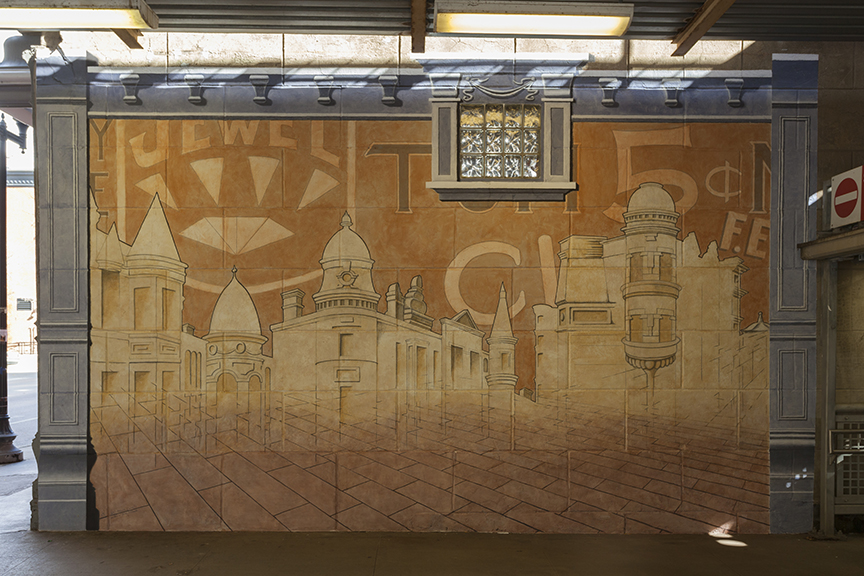 This public mural at the Armitage Avenue CTA stop in Chicago's Lincoln Park neighborhood was commissioned in 2017 by the City of Chicago Department of Cultural Affeirs and Special Events and the office of the 43rd Ward Alderman Michelle Smith. It draws on the architectural identity of the Armitage-Halsted Landmark District and on its history as one of Chicago's first-generation commercial districts. This commission was part of a broad initiative titled the Year of Public Art, during which public artworks were commissioned in all 50 wards of Chicago. A catalogue of all the projects can be viewed here. 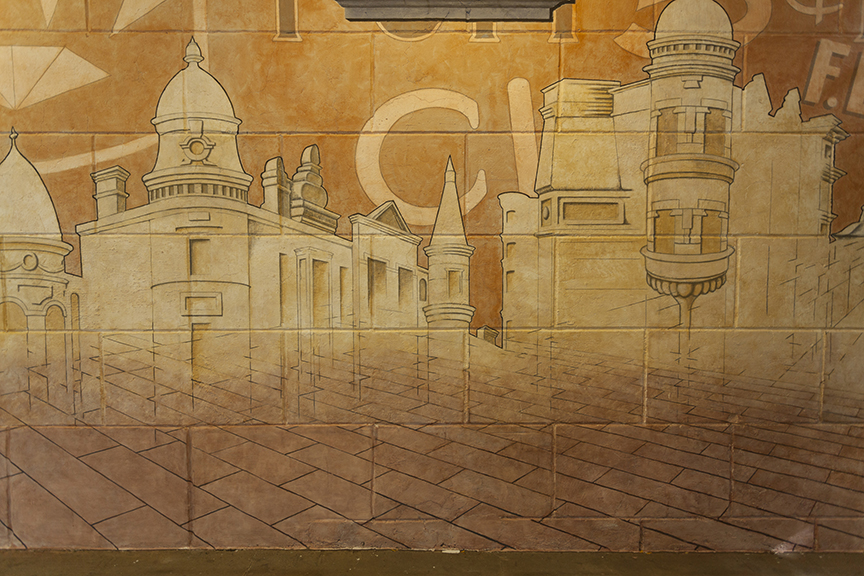 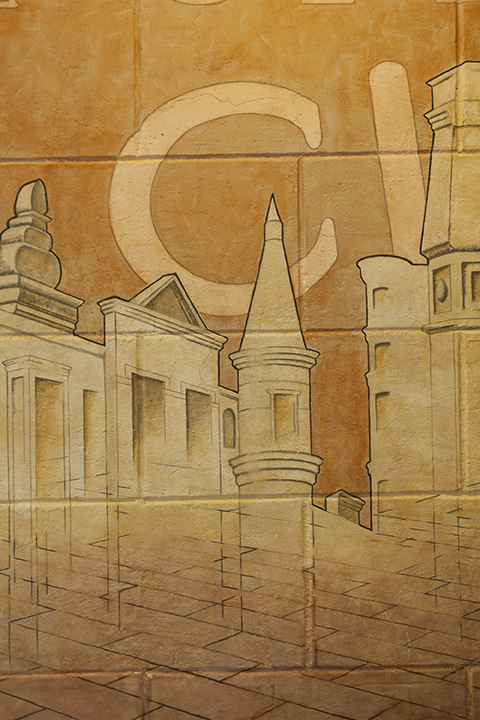 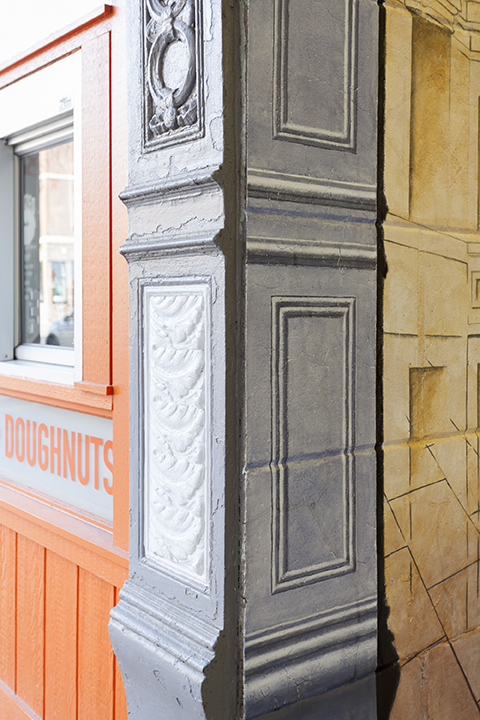 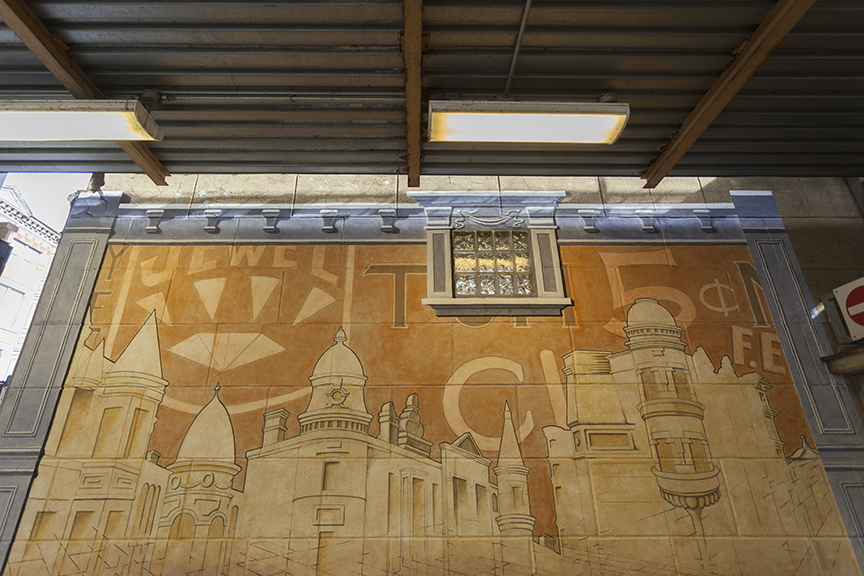 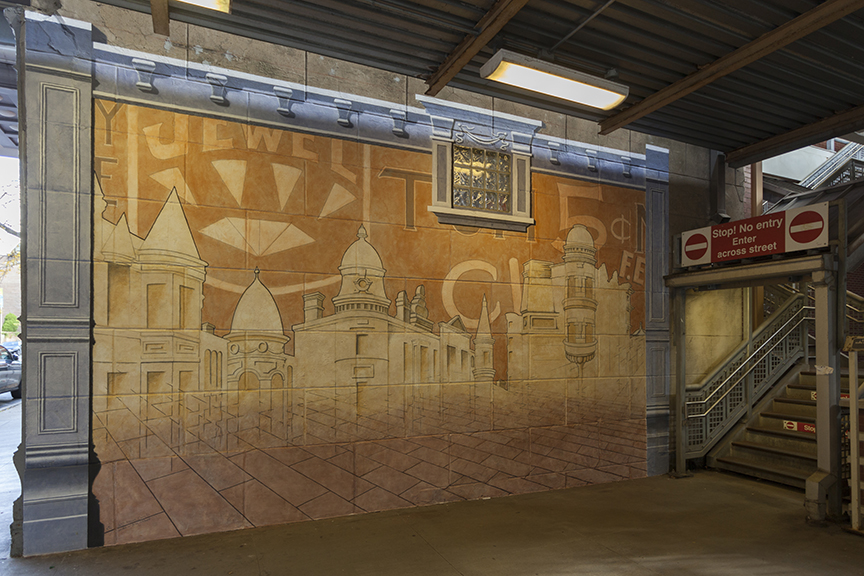